3 Reasons The Electric Bike Is Better Than A Regular One

Electric bikes are becoming increasingly popular, but there is a lot of confusion about their advantages. In this blog article, the author tries to break down some key benefits to help you decide if an electric bike is for you. 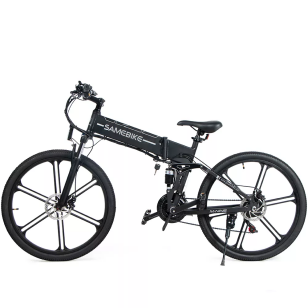 What are Electric Bikes?

How the Electric Bike Works

An electric bike is a bike that is powered by electricity instead of gasoline. This means the e-bike doesn't need to be plugged into an outlet to work. Instead, the battery powers the bike and allows you to ride it without having to pedal. You can always enjoy a longer trip that takes up to 30~60 miles on a single charge. With more than 1000 charging cycles, With overcharge and power off protection, CPIC globally insures it.

The Benefits of an Electric Bike

There are many benefits to owning an electric bike over a regular one. First of all, electric bikes are incredibly environmentally friendly. They don't require any gas or oil to function, which means they're a great option for folks trying to reduce their carbon footprint.

Electric bikes are also very easy to ride. Unlike regular bikes, which require a lot of skill and coordination, electric bikes are designed for beginners. All you need is a little knowledge about how to use an electric bike, and you'll be able to start riding it without difficulty.

3 Reasons The Electric Bike Is Better Than A Regular One

1.Electric bikes are much easier to ride than regular bikes.

If you're looking for an environmentally-friendly way to get around town, the electric bike might be a great option for you. Studies have shown electric bikes are even more efficient than traditional bicycles when using energy. If this sounds like something you would enjoy, be sure to check out the electric bikes from SAMEBIKE and see which one fits your needs best.

Back to Trending News.